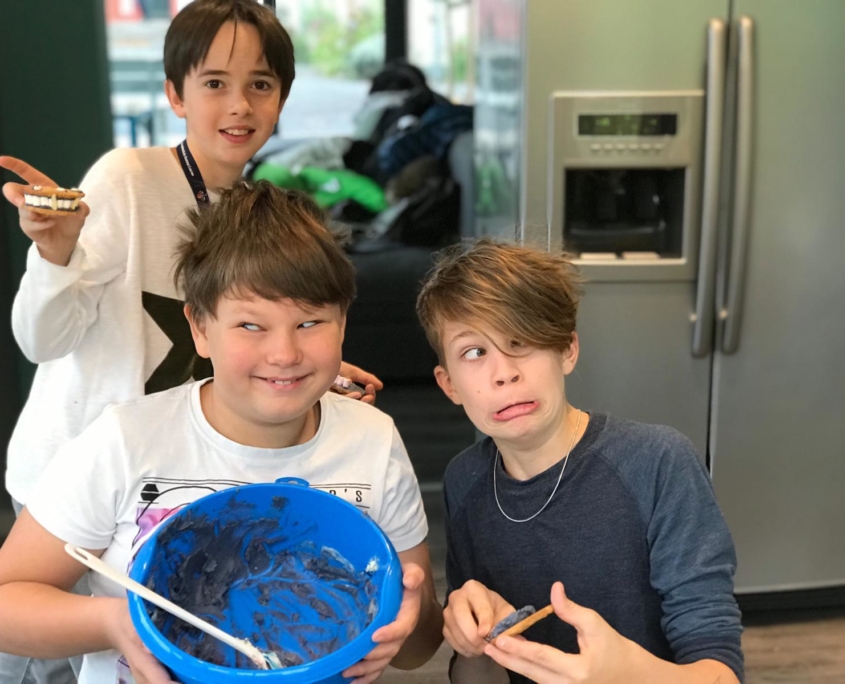 In our English lesson we baked something very interesting. We had two recipes. One of them was for Dracula dentures. It consisted of two cookies, vanilla frosting, red food colouring, mini marshmallows, almond slithers and sticky eyes. We had three group. Two of them only with boys and the other one only with girls. We took the two cookies and added some red food colouring to the vanilla frosting. Then we spread the frosting on each cookie. We put the mini marshmallows around the edge of one of the cookies. Of course we put the other cookie on top. For the fangs we added two almond slithers between the marshmallows. We used a little frosting to stick the crazy eyes onto the cookies. It looked so yummy that we wanted to eat the Dracula dentures immediately. But we couldn’t because we had to finish the witch fingers. That was no problem because it was a lot of fun. The witch fingers consisted of 150 grams of flour, 100 grams of butter, 60 grams of sugar, 1 pack of vanilla sugar, 1 egg yolk, 1 pinch of salt, almond halves and plastic wrap. First we kneaded everything, except the almonds, together. That was fun! We put it all in a plastic wrap and put it into the freezer for 15 minutes. During this time we finished the Dracula dentures. The third step of the witch fingers was to roll the dough into finger long pieces. We pressed the almonds into the ends of the fingers to create nails. For the wrinkles we used a knife and we used some food colouring for the blood. We placed the witch fingers on a baking tray and baked them for 15 minutes at 180°C. At last we put the Halloween goodies into bags that we painted. Of course we cleaned up the kitchen. That was our Halloween English lesson. 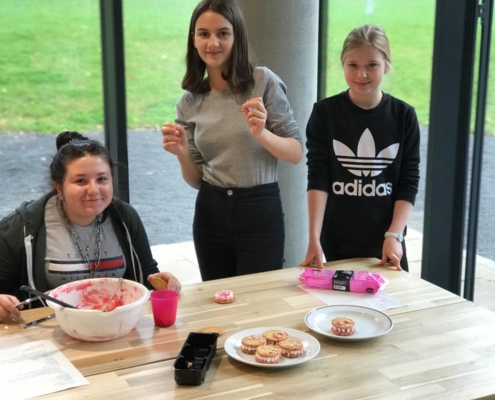 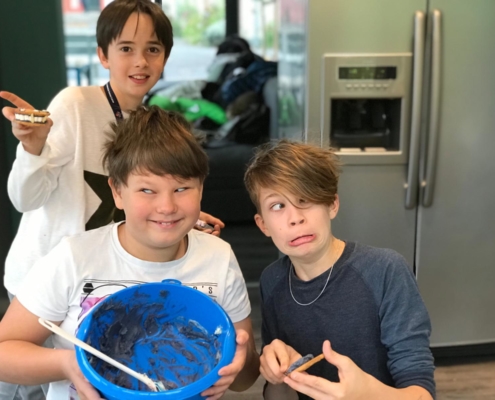 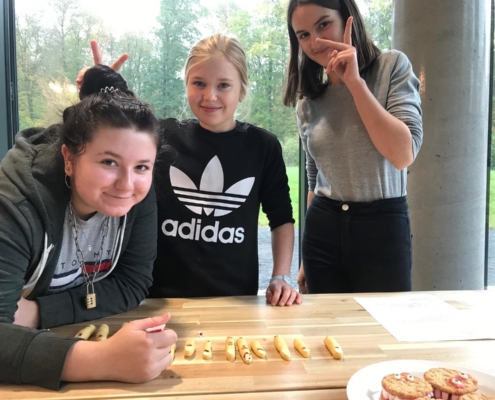 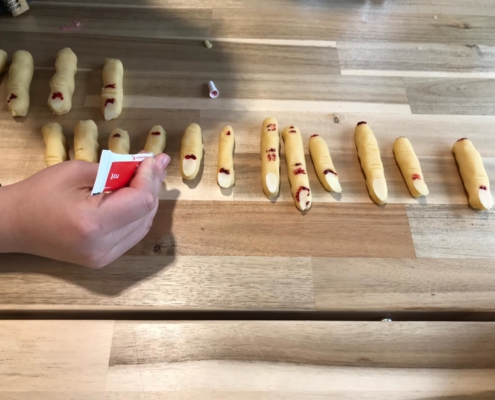 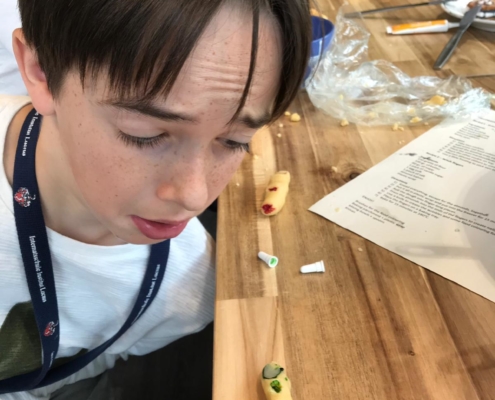 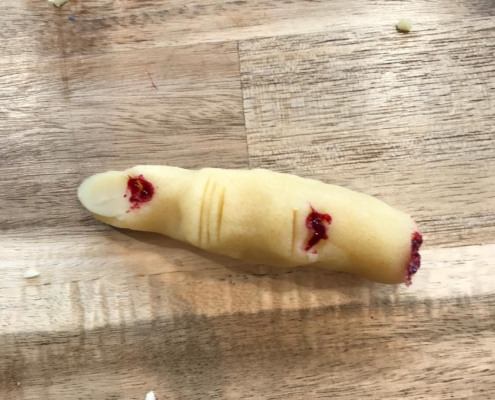 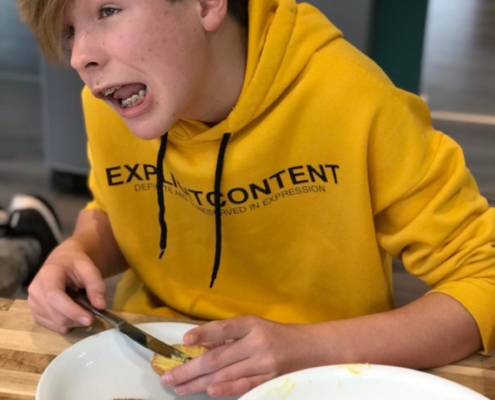 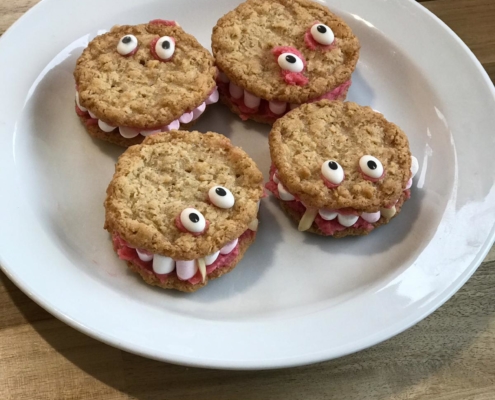 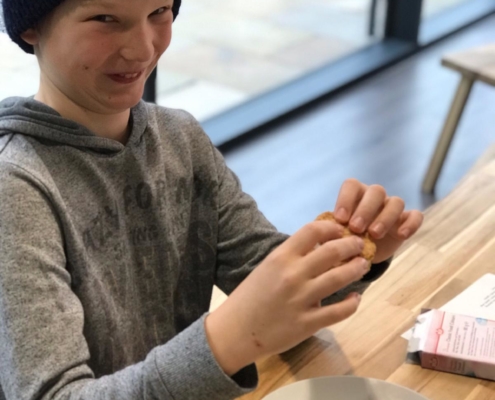